Q: Should Clients Ever Speak to Police? 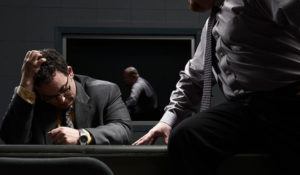 Longer Answer: No, with a few exceptions.

In this blog post, I will discuss why, as a rule, you should not speak to police. I will give specific examples drawn from my experience as a criminal defense lawyer to show that speaking to the police almost always (99% of the time) hurts your case. In Part 2, I will discuss the rare exception to this rule, and I will provide two (2) examples, drawn from my experience, where speaking to police actually helped the client’s case.

The Fifth Amendment to the U.S. Constitution gives all persons an absolute right to remain silent in criminal cases. Many criminal defense lawyers have said to me that the most important piece of advice any lawyer can give his clients is: “Do NOT talk to police, EVER.” As of the time of this writing, I have handled over 250 criminal cases, ranging from DUI to felony sex crimes. In the majority of my cases, the client made the decision to speak to the police before I was hired to be his attorney. Yet, out of these many diverse instances, speaking to the police helped the client only twice. In 99% of cases, speaking to police either hurt the client or at least did not help.

Facts: The Client and his Friend drove by car to the neighborhood of a female celebrity they saw on YouTube.  The Client waited in the car while his Friend rang the doorbell. The female’s father answered the door and immediately called police. The police interviewed the Friend and the Client. Both the Client and the Friend said that they had trespassed on the property on a previous occasion. Both were arrested for stalking.

Analysis: Under the Tennessee Code, the crime of stalking requires two distinct instances of harassment with respect to a particular victim. If the Client and his Friend remained silent, the police would have never found out about the previous instance of trespassing, and, therefore, it would have been impossible to convict them of stalking. I pled my client to the reduced charge of accessory liability, and he received 6 months’ probation. The Friend, represented by another attorney, was convicted of stalking and received 11 months and 29 days of probation.

Analysis: Had the client remained silent about his recent drug use and had he declined the officer’s invitation to take the SFSTs, the officer would not have had probable cause to obtain a blood draw. So, every bit of incriminating evidence the police obtained in this case is a direct result of the Client speaking to police.

I almost every criminal case (99% of the time), it does NOT help you to talk to the police. At this point, you can take this piece of advice and live by it. Or, stay tuned for Part 2, in which I will discuss the rare exceptions to this rule.